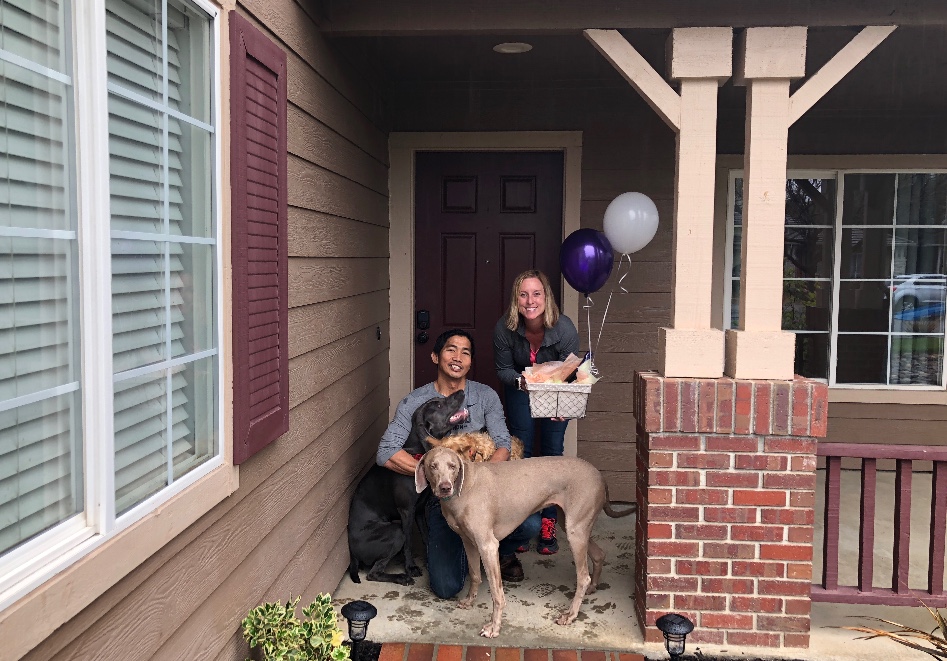 As I’ve expressed here before, my best moments as a realtor come when a client buys their dream home with my help. That happened recently, and the backstory is almost as cool as the moment they shared getting the keys! 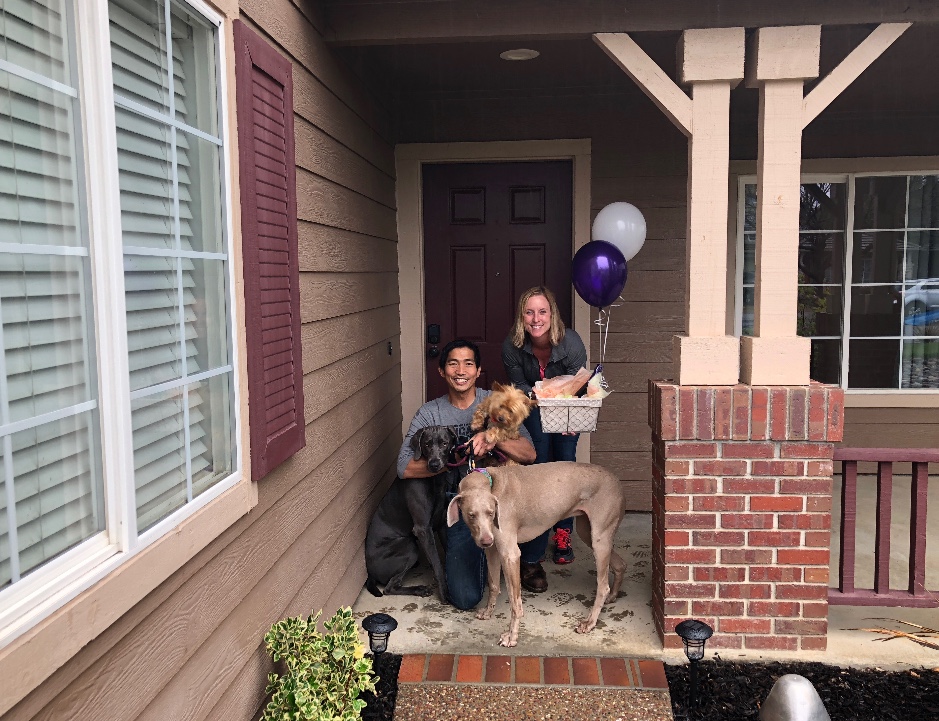 I met Wilbur and Aimee through NorCal Weim Rescue, where I got my dog Bodie and occasionally foster dogs for them. At the time, Wilbur was renting and had two Weimaraner puppies (Roxie & Daisy), but the landlord just landscaped the backyard and did not want two big dogs in addition to their small one. 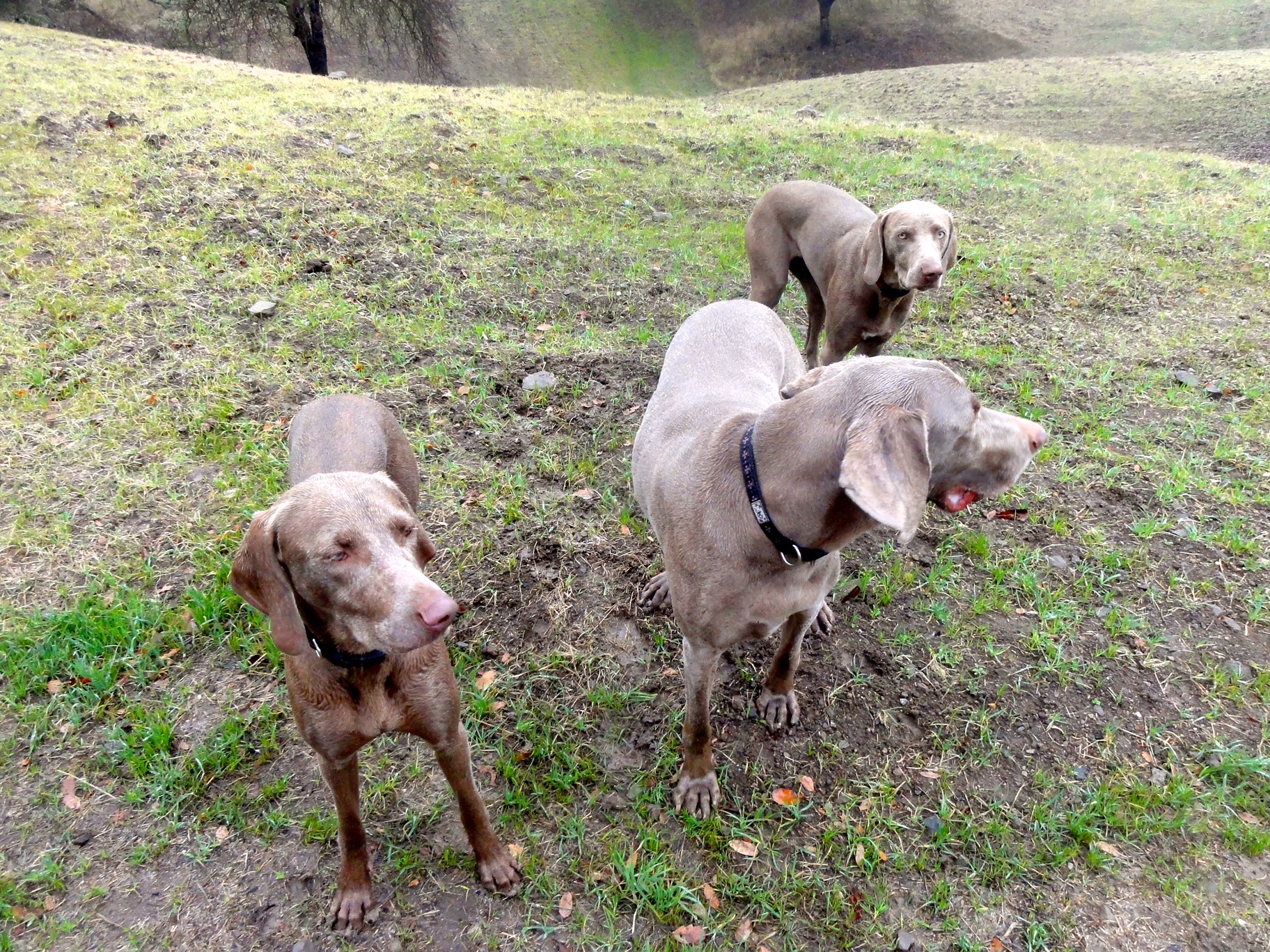 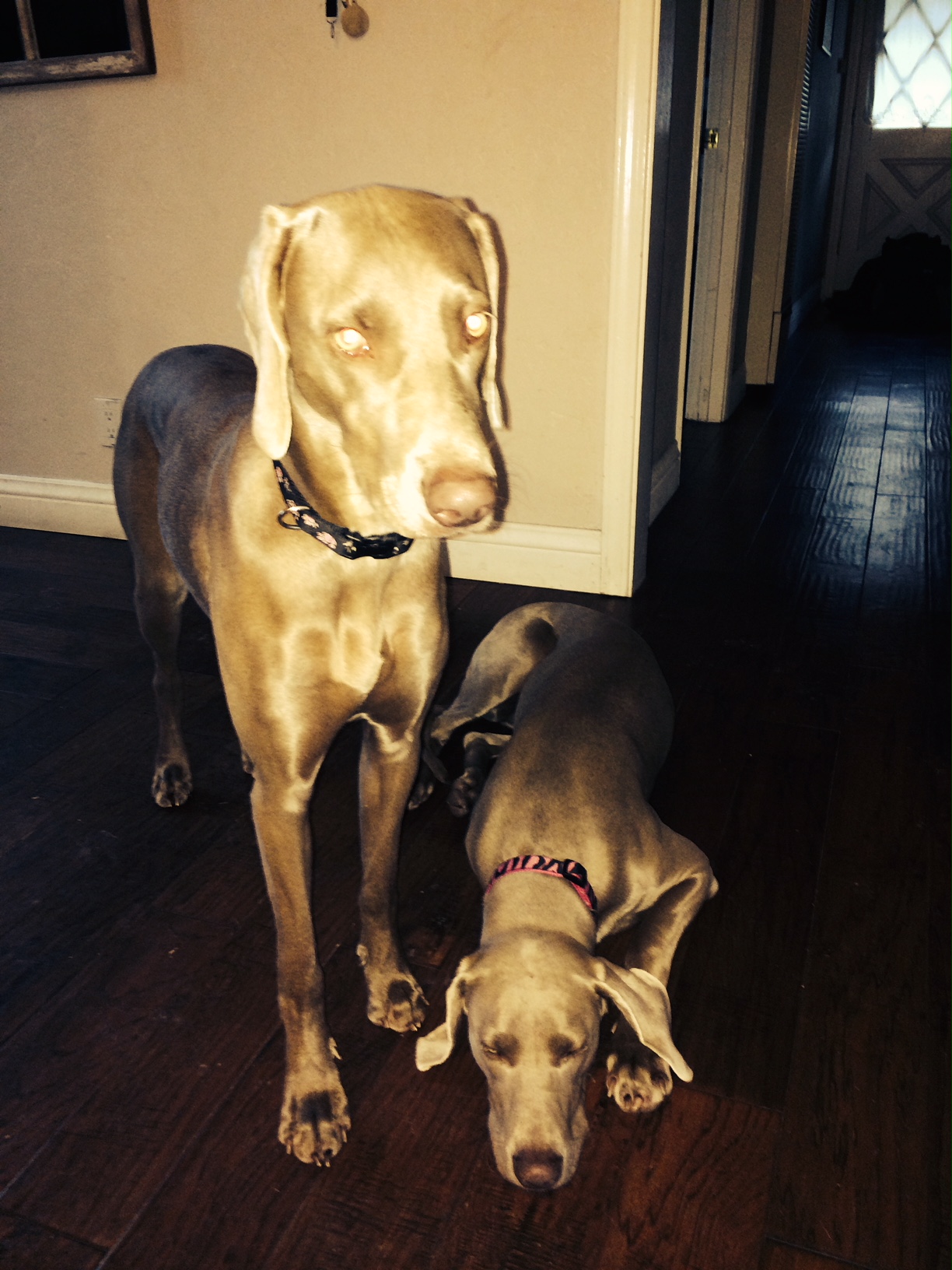 So he surrendered them to NorCal Weim Rescue, who did not want to split the dogs up and I fostered them – see pics below. Roxie was very dominant over her sister and even when they were at a trial run at another home she would growl at the husband, so that didn’t work.  Then Wilbur’s landlord said he could have one dog back, he got Roxie the light Weimaraner pictured here and Daisy found her fur-ever home in Bishop. And they later got Jax, the Blue Weim

They knew I was an agent and I said if you ever decide to buy, let me know.  A few years later, their landlord wanted to sell his house and called me up! They realized they couldn’t buy the house they were renting, so off we went looking in Livermore.  After being in contract and finding the HOA only allowed two dogs, we were back in the hunt. Three offers later, lots of conversations with the lender, and perseverance by all is when Aimee and Wilbur landed a wonderful home and a great place for their fur babies!

Now, Wilbur, Aimee and Roxie (dog) (as well as Jax (dog #2) and Duke (dog #3 smallest with the biggest name) can happily call their Aspenwood house in Livermore home for many years to come!