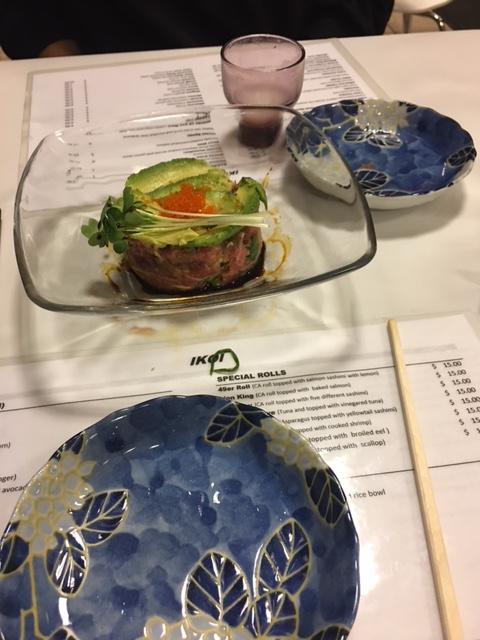 There’s a new sushi place in town, and I tried it recently – it did not disappoint! It is hard to break into the sushi game in the Bay Area these days, but I have to say I thoroughly enjoyed my meal along with the sake at IKOI, which is located across from La Scala. 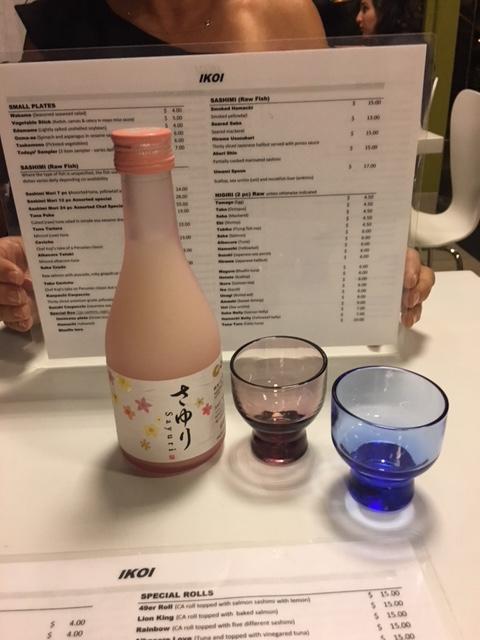 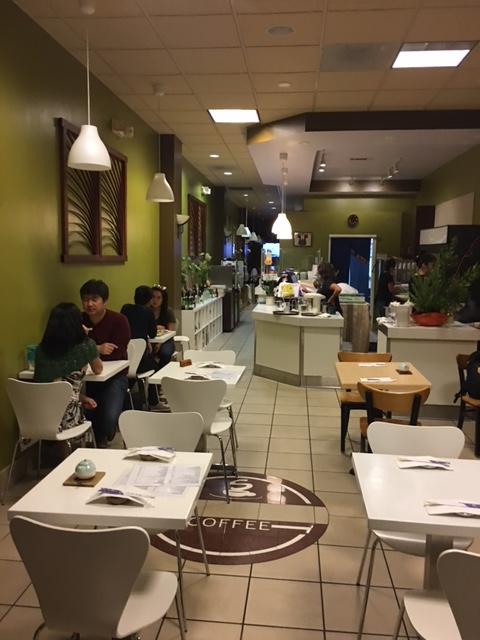 The sushi itself was very fresh, though it took a while to get the second roll I ordered. It’s so new, there’s still a coffee logo on the floor of the restaurant from the previous tenants! 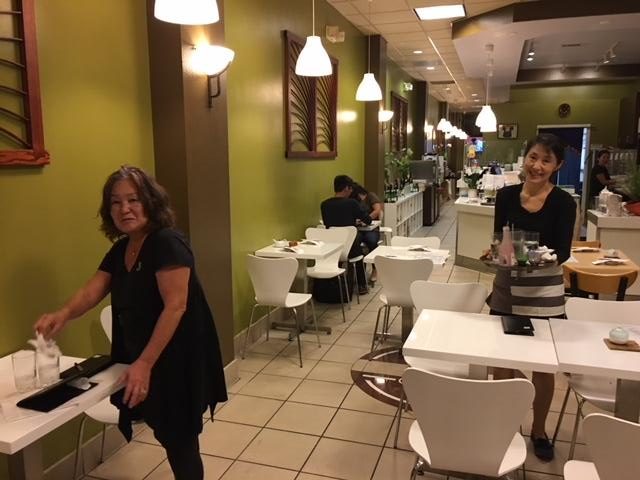 We ordered the small plate sampler with ceviche and “Hamachi Love,” all unique and deliciously fresh. Though they don’t have a large selection of rolls, the select few are quality and tasteful. I found the information about their chef and co-owner on the website really interesting, too: Chef Koji has been cooking for 40 years and trained under famed sushi master Chef Hiroshi Hiyama. He has worked in acclaimed restaurants in Japan before opening the first of three restaurants he now has in the Bay Area.

Apparently, “Ikoi,” means “rest and relaxation” in Japanese, which is perfect. I felt very satisfied and happy after eating there. I’d definitely recommend Ikoi to any sushi fans out there in Walnut Creek! It gets 4 out of 5 Mt. Diablo’s from me only due to the delay in getting the second roll.  If it was on quality of sushi alone, it would be a 5+!