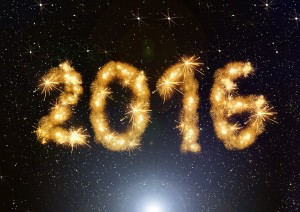 According to History.com, the tradition of celebrating the new year dates back nearly 4,000 years to ancient Babylon. Though they weren’t on our modern Gregorian calendar at the time (so, New Year’s was actually in March back then!), they still rang in the new year with feasts and celebrations, much like we do today.

Back then, Babylonians would make promises in order to earn the favor of the gods and start the year off on the right foot (can’t confirm whether they broke their promises in the first month like we do today…), thus beginning the practice of making resolutions.

Obviously the norm today is to eat, drink and celebrate wildly at midnight, and then watch fireworks over the night sky. The explosions signify the closing of the past year and the ushering in of the next. So, as we remember the 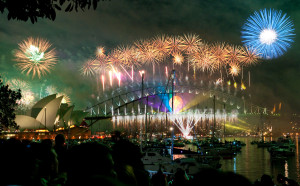 craziness of 2015 and look forward to a fresh start in 2016, which questions do you ask yourself? What resolutions will you make? What does this time represent for you?

For me 2016 will be continued self improvement and finding balance between work and home and what truly feeds me and makes me happy.  This past year I found Yoga – it has helped  loosen those tight hip flexers and release the stress in my shoulders.  I even went on a one week Yoga Retreat to Costa Rica.  The comments I received at how well rested and relaxed I look made me think more than just in passing about balance.  I also hedged my bet on El Nino and bought a ski pass to Squaw/Alpine, totally the right decision and am looking forward to some awesome days on the slopes in 2016.

Other notables was Jackson off to UNR … empty nester, not so bad.  A nice trip to NY to celebrate Ryan’s birthday and hanging out with my friends and dog Bodie … all good stuff.

2015 flew by me, as I am sure will happen to 2016, just another reason to savor the moments.  On that note, I wish you a happy,  prosperous and balanced New Year!