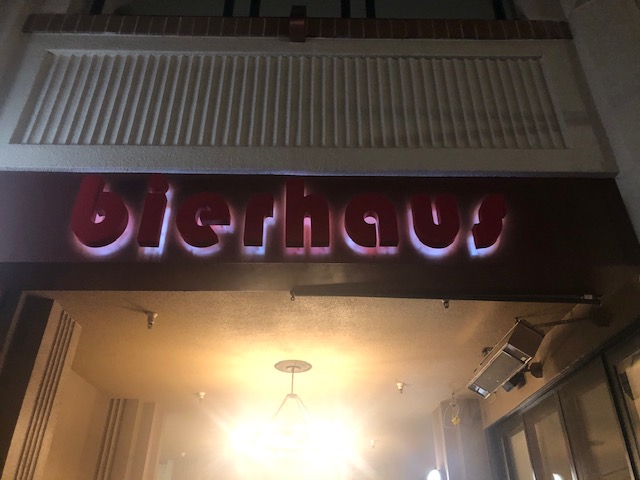 That headline translates to “lots of fun at Bierhaus!” And is that ever accurate! I was invited to Bierhaus‘ grand opening in Walnut Creek on Nov. 15, and had a great time. For those who aren’t familiar, Bierhaus is the second Bay Area location, behind Oakland.

As you can guess, Bierhaus is German-themed and inspired. They wanted to create another community-minded space where old and new friends gather over good food and beer. So, they created the Walnut Creek location with an extensive dining hall, large beer selection, and a Bottle Shop.

Beer can be purchased for both in-house consumption or for take home. Also, the large, outdoor biergarten itself is pet-friendly, which you know I love!

This grand opening included a ribbon cutting ceremony with the owner Mike Finley and city officials, including Cindy Silva, our current Mayor. After a brief dedication, the beer was flowing along with some tasty food that included two tables of cheese and charcuterie. In addition, servers walked around with platters of pork sliders, Bavarian pretzels, french fries, and currywurst!

I am most excited to come back and try their Schnitzel! They had a traditional German band playing the night of the grand opening and I saw another band playing last Sunday evening. If you are there with the kids, they also have a shelf of games that can be taken to the table and played. As part of their community outreach, they partnered with ARF and asked for a $20 donation to support ARF’s programs. They raised $840 for their charity partner! Wow, Walnut Creek!

I think Bierhaus is in a perfect location with city parking above, the movie theater a block away, and close to Broadway Plaza for an after shopping reprieve. Their price point also supports going and hanging out with friends and drinking some beer. I foresee the summer months will be packed full of people in the biergarten. If you are craving some good food, great company, and even better beer, check out Bierhaus in Walnut Creek at your next opportunity! Prost!